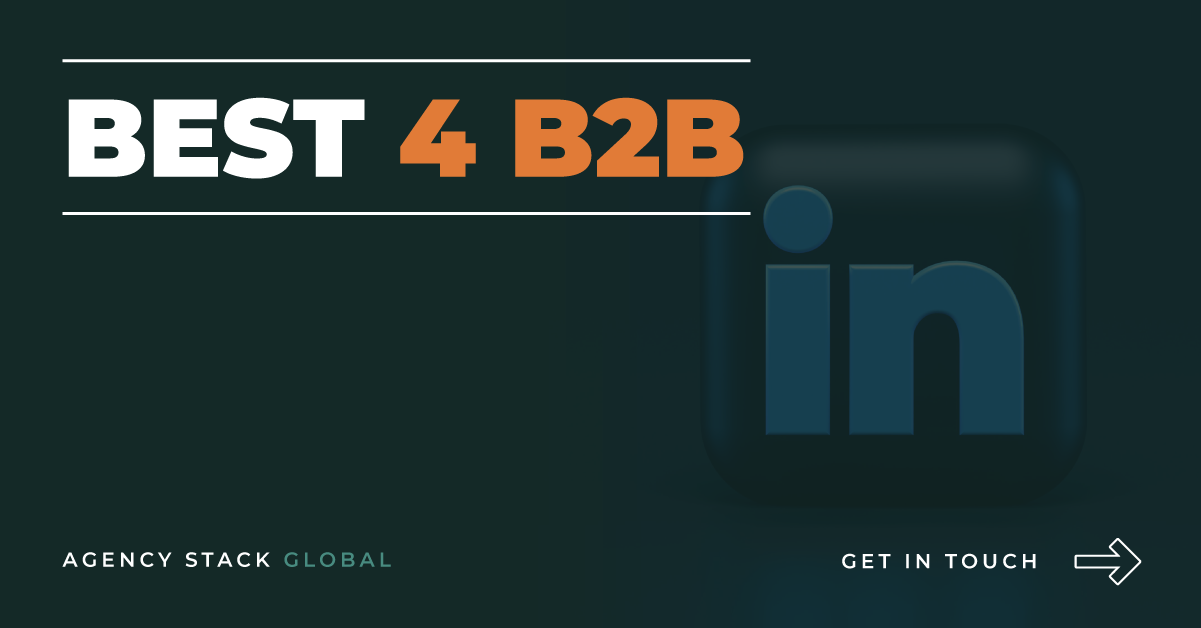 After last week discussing the wild west of social media marketing, Instagram, we turn to the refined society of business leaders and learners, job seekers and speakers – LinkedIn.

This platform certainly isn’t for everyone and its benefits won’t be available to all types of business, but this Mecca for B2B marketing is a gold mine if it suits you.

Previously, B2B marketing was near intangible, difficult to measure and had few mediums at its disposal, but LinkedIn has changed all of that.

The platform has moved us from building static ads and hoping the right businesses come across it, to building targeted ads for specific people from specific businesses.

As many marketers will tell you, the results have been astronomical.

The success of LinkedIn marketing is certainly thanks in part to its 875 million members from more than 200 countries and countless organisations.

This global audience makes it amazingly easy to target ads towards certain industries, companies, and people, while measuring their interaction and remarketing accordingly.

LinkedIn was founded in 2003 from co-founder Reid Hoffman’s living room with a mission to connect the world’s professionals to make them more productive and successful.

The goal was to create economic opportunity for every member of the global workforce. When it began, however, no one could have imagined the opportunity it would present to the world’s markets.

The platform began with a few thousand users in its first year, but by 2007 it had surpassed 10 million and it was clear this behemoth was taking shape.

How Things Have Changed

Advertising was first seen on LinkedIn in 2005 and it wasn’t long before experts began to realise the potential this created.

Sponsored content entered the scene in 2013 and it can be assumed the impending acquisition by Microsoft began to take shape around these years.

Each one of these developments allowed for more targeted and customisable ads, complementing the platform’s growing membership and providing marketers with bang for their buck.

From 2016 to current day, LinkedIn has become unrecognisable from its infancy in the best of ways. These years have introduced website demographics, Matched Audiences, carousel ads, video ads, and Pages.

In 2019, LinkedIn marketing had a big year in development and introduced two exciting features.

The latter addition blew marketers away with its objective-based targeting, allowing us to choose things like lead generation or awareness for each campaign.

This consistent history of updates and customer-focussed development has allowed for some impressive growth since 2003, and there’s reason to believe LinkedIn is far from finished.

In 2022, LBM combined several of LinkedIn’s useful features into one considered platform, improving the jobs of larger companies and agencies alike.

The features included Ad Accounts, Pages, and Matched Audiences and these three form a powerhouse in accurate and efficient marketing.

As the platform’s Beta version was released in September, 2022, we’ve compiled a helpful Q&A to fill in the blanks – check it out, here!

If you’re a B2B business and you’re not well-acquainted with LinkedIn’s marketing prowess, you need to be.

Contact Agency Stack’s team of social media experts to learn more about the platform’s ability to take you to the next level.

How to Humanise a Brand’s Online Presence

The Importance of Personalisation and Humanisation in Marketing

No comments to show.