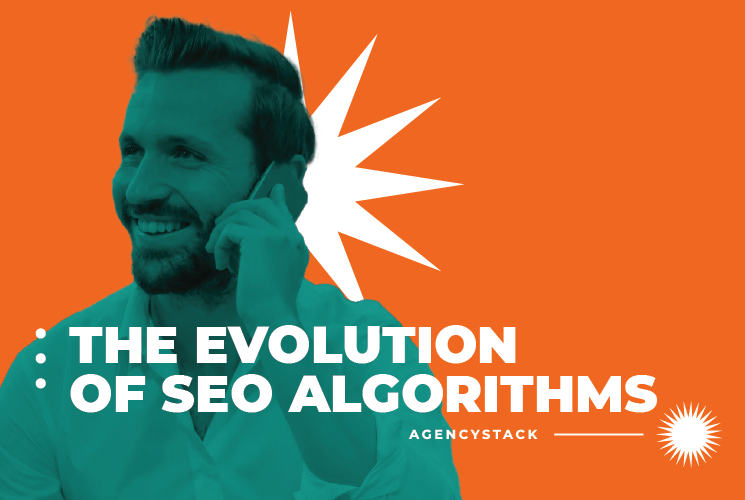 Since the dawn of the World Wide Web in 1989, followed by the world’s first website in 1991, the internet’s applications have expanded and evolved more than many people could comprehend then or now.

Where first it was simply used as a way for scientists and universities to connect and collaborate, it has now exploded into an integral part of human society – spawning businesses, friendships, artists, activism, and all kinds of cat memes.

Arguably the heart of our beloved internet has been search engines – JumpStation, WebCrawler, Yahoo!, AltaVista, and of course, BackRub. What? Never heard of the last one? Perhaps that’s because in 1997, one year after BackRub was born, developers Larry Page and Sergey Brin changed its name… to Google.

Anyone who knew what they were doing could easily stuff a page with keywords and build broken links to see their content top the results in no time. But Google did things differently.

Google built a system that values quality over quantity with more specific rules for recognition among the growing number of websites. (By the time Google was registered – 6 years after the first ever website – there were more than 100 million internet users and over 1 million websites.)

The best way to assess and reward quality, then, was based on what users liked to search and see, as well as how many other sites pointed users in your direction through links. After all, the better the content, the more people would return to Google for information. That is, it was in Page and Brin’s interests to reward good site building practices.

So began an era of link building and the development of a skill that remains highly sought after to this day. Search engine optimisation (SEO) was born.

Google’s first major update to its algorithm was called ‘Florida’ and answers remain up in the air as to what exactly the changes were.

(As we’ll come to discuss, each of Google’s updates were given interesting names with various meanings and the changes made aren’t always publicly available.)

Florida was implemented in November 2003, on the eve of the Christmas shopping period, and it’s understood that this major update changed how the search engine measured a website’s links.

Subsequently, many small businesses were put out of business overnight as they became known as ‘false positives’ who fell off Google’s results pages.

Google then promised to never again release an update in the lead up to a major holiday period.

The next update to wash up on our cyber shores was the Big Daddy update that began rolling out in late 2005.

The update was first announced at a forum for web professionals called Pubcon, where Google’s then head of webspam, Matt Cutts, revealed the dual IP addresses that Google would begin testing the Big Daddy update.

Upon calling for naming suggestions on this new update, one crowd member reportedly piped up and suggested “Big Daddy,” after his children’s nickname for him.

Cutts enjoyed this and Big Daddy was eventually completed in March 2006.

This update changed how Google’s infrastructure dealt with link redirects and URL canonicalisation.

This would become the world’s most used service of its kind and allows users to better understand where their audience is visiting from and which links are worth investing in.

Next up, Google Universal Search was born, in what many described as the biggest change to the internet since the Florida update.

Universal Search was essentially the addition of News, Videos and Images to the Google results pages, welcoming all kinds of opportunities for brands to begin multi-platform content marketing.

The few years leading up to 2010 saw many changes to Google which separated the big brands from the up-and-comers.

Not long after Universal Search enabled the growth of brands with the capacity for multiple forms of content, a couple of key algorithm updates began rewarding websites with greater site speed and which showed more trust in the algorithms. This latter point just so happened to align with larger companies who had the resources to understand them.

The Vince update was rolled out in January 2009 and it didn’t take long for SEO professionals to pick up on Google’s newly apparent preference towards bigger brands for high demand keywords.

The Caffeine update in mid-2009 was then released to improve the speed and accuracy of Google’s results. In 2010, Google revealed that site speed was a significant factor in a website’s ranking, again providing a leg up to companies who had the resources to improve their speeds.

The next biggest changes to Google’s algorithm came in the form of the Panda update.

In 2011, Panda ended the era of “content farms” which saw websites – some of which were autogenerated – posting a high volume of low-quality content to bump up their ranking.

On the dawn of the Panda update, these websites awoke to find their usual bumper-to-bumper traffic had become a ghost town.

In May 2012, the Penguin update was a long anticipated reckoning for websites found guilty of over-optimisation using “keyword stuffing” and “unnatural linking.”

3.1 percent of English queries were affected by Penguin and Google became an even cleaner and more trustworthy place once more.

Fast-forward to 2015, when the much longer anticipated “Year of the Mobile” finally occurred and mobile devices overtook desktops as the most frequent search vehicle.

In April, Google rolled out the Mobile-friendly update which gave credence to websites with mobile friendly development so the search engine could better serve mobile searchers.

This also came with the need for Google to totally revamp its search function as people had begun to type in a fashion more akin to speech.

Thus, the Mobile-friendly update would affect every language on the internet – the mobiles had won.

By this time, there were almost 1 billion websites and nearly half the world (3.2 billion people) was jumping online.

With such search volumes, it was time for Google to get smart. Like, really smart.

RankBrain is a machine learning algorithm which was introduced to interpret the roughly 15% of searches that Google had never encountered, giving users more tailored results.

These days, the program is run on every single Google search.

BERT gave Google the ability to understand the context of a word from those that surround it in a search term.

Where a word like “mouse” can relate to a small rodent, or a handheld piece of computer equipment, Google identifies the exact intent of each keyword and presents only the most relevant information to the searcher.

In the beginning, there was no imagining the heights that Google has reached today. What began as a humble server devoted to rewarding trustworthy websites amid a maze of treacherous web development, has become the overwhelming King of the Internet.

The inception, evolution, and continued development of search engine optimisation has been largely thanks to Google; to Larry Page; and to Sergey Brin.

But it has been the industry built around them that has enabled the upward trajectory of SEO practices and the efficiency of the internet in general.

As Google’s Public Liaison for Search – basically, the guy who explains what the hell each update means – Danny Sullivan said in 2019, “the fundamentals of us seeking to reward great content remain unchanged.”

So, if you’ve come to this blog to unlock the secrets of SEO and boost your brand, the simple answer is: produce quality content for users. Google will recognise this, and you will ascend to the land of the Google Gods.

There Is One More Thing

You’re more than welcome to take this blog and run with it – turn your SEO expertise into gold and land your clients’ web pages among Google’s top results.

Alternatively, you could of course contact Agency Stack and our in-house experts will take care of all your SEO services.

We’re a premier white label marketing agency with the time and resources to put into your clients.

Get in touch today and share your overflow work with Agency Stack.

Search Engine Flop-timisation: 4 of the most common SEO mistakes

No comments to show.